This search form uses an instant search feature. As you type, search results will appear automatically below the search field. When you've entered you desired search terms use tab to navigate through the available results and hit enter to open the selected page or document.
S-RC Music Students Participate in Select Summer Ensembles
Aaron Mathis
Tuesday, July 02, 2019

Alyssa prepared "Pulled" from The Addams Family and "I Dreamed a Dream" from Les Miserables as her solos to be workshopped. Below is a link to the UNL Press Release and a brief video about the camp.

Eli performed in the 2019 All-State Musical Production of "The Addams Family" as the zombie butler Lurch. Each year, students from all over Nebraska send video auditions and are selected by the faculty to be placed in a show. They receive their music and scripts and begin working on their own until the whole cast comes together at Midland University in Fremont to pug the entire show together in about 36 hours of rehearsal! This was Eli's second year performing in the All-State musical. His character was hilarious despite only speaking in grunts until his solo that closes out the whole show. Below you will see a picture of him in costume after their performance.

Congrats to these outstanding S-RC Musicians! 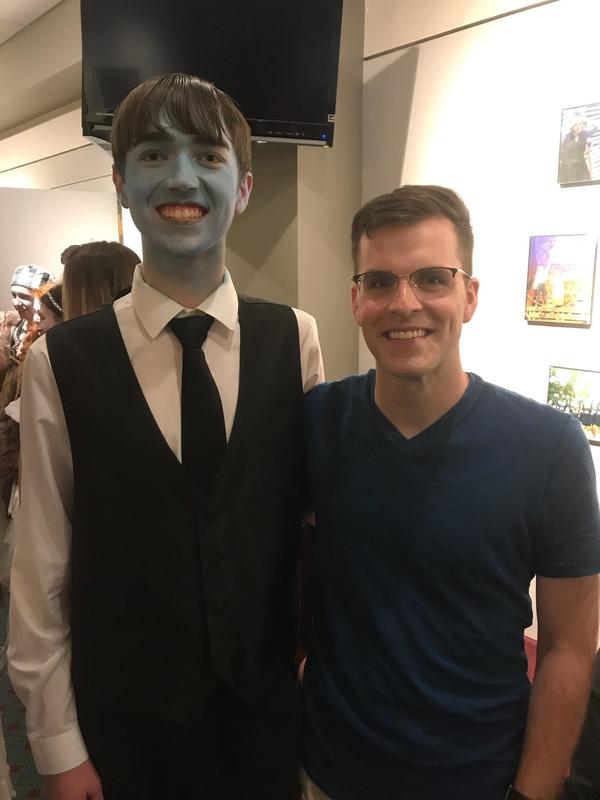