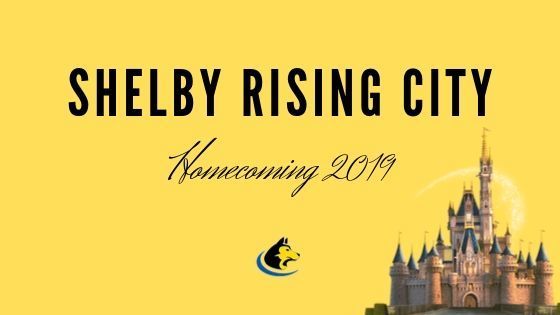 Homecoming is a time-honored tradition at Shelby Rising City Public Schools. It is a time to celebrate the success in our school with all stakeholders and show onlookers what BIG pride we carry throughout our small communities.

The Shelby Rising City Student Council started plans for the 2019 homecoming celebration early. Members decided that they wanted to spread the magic of Disney throughout the entire week’s activities.

Spirit week would not be the same without dress-up days:

Wednesday - DISNEY: Dress like your favorite Disney character (inspired by the man himself, Walt Disney)

Our students and staff took these dress-up days seriously. Inspired by a little competition for our “Best Dressed Contest” each day, our halls were booming with school pride and the spirit of Disney. Each day, a student from the elementary, middle school, and high school was selected as the best dressed and awarded with a small treat by a designated committee of student council members. Making the decision got increasingly difficult as students got more and more creative with their outfits. Congratulations, again, to our winners:

Here are a few great shots of the dress-up days: 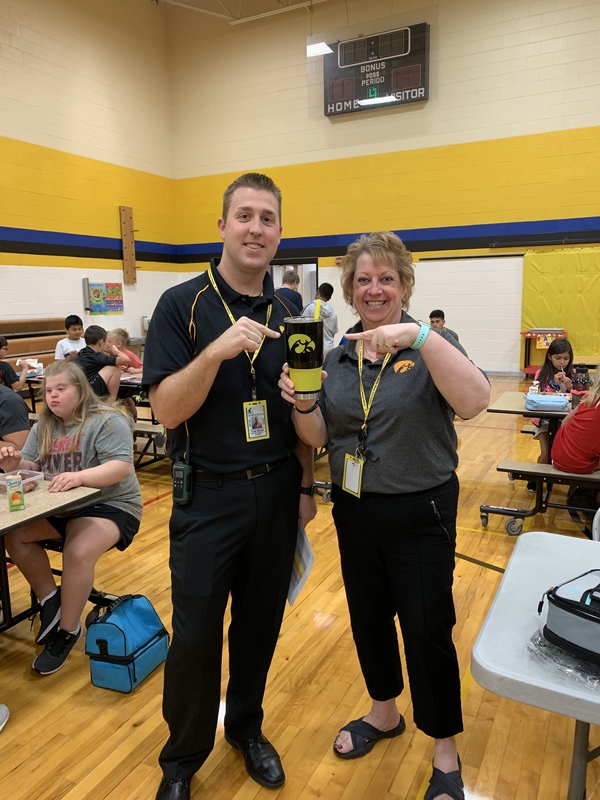 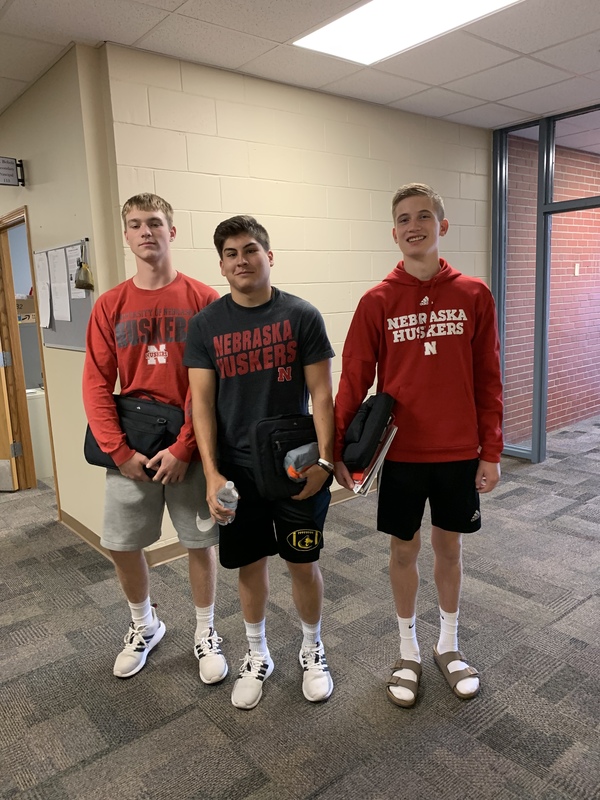 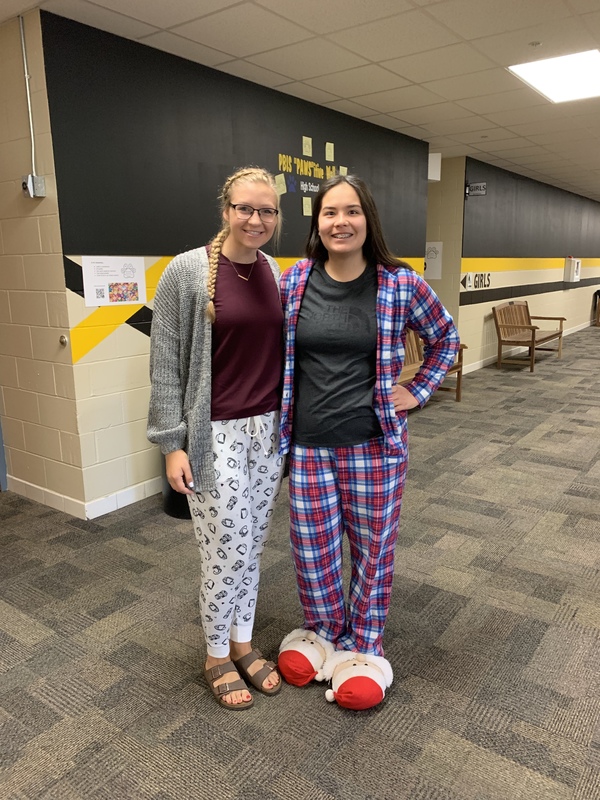 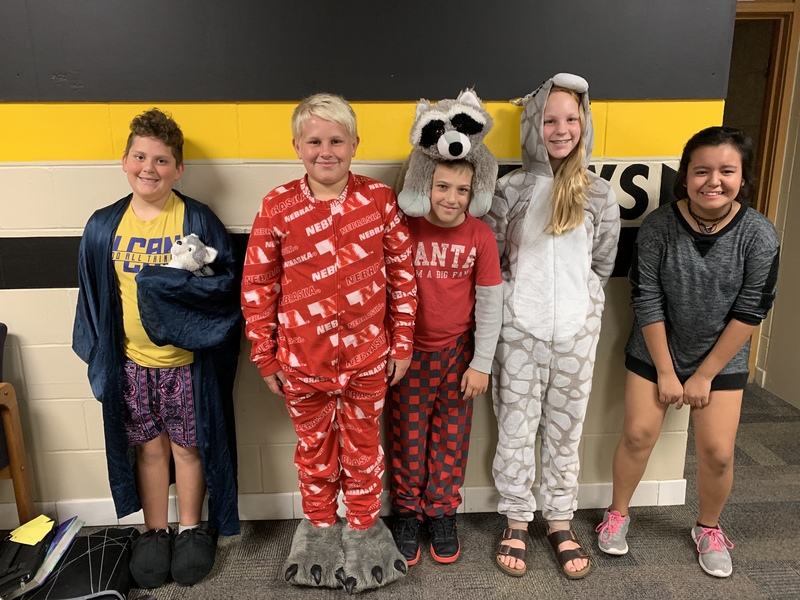 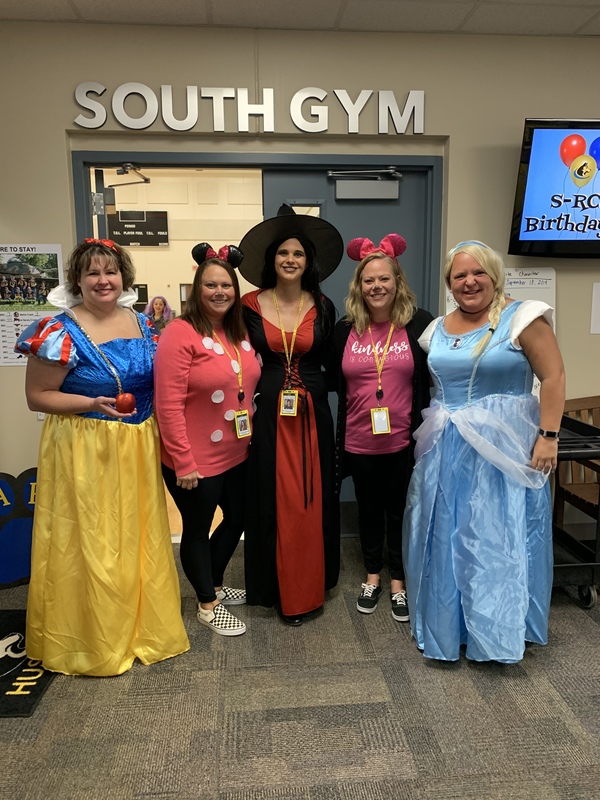 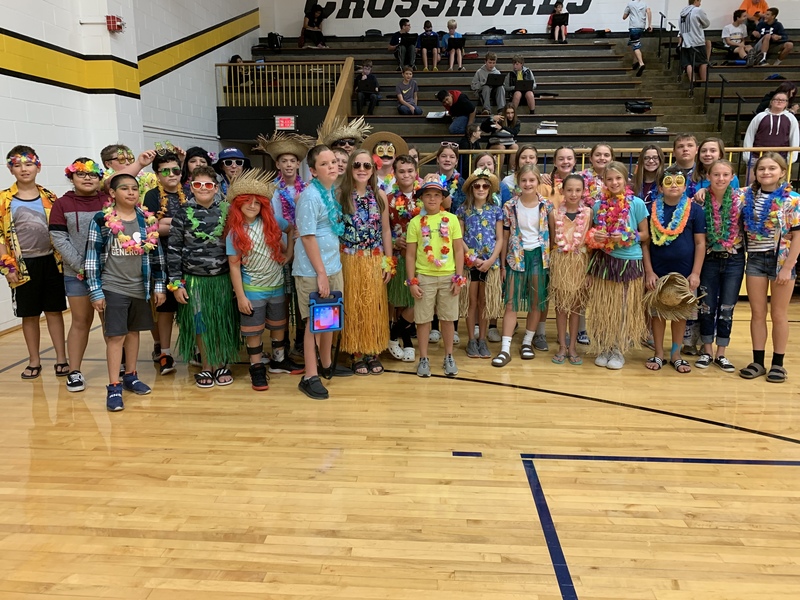 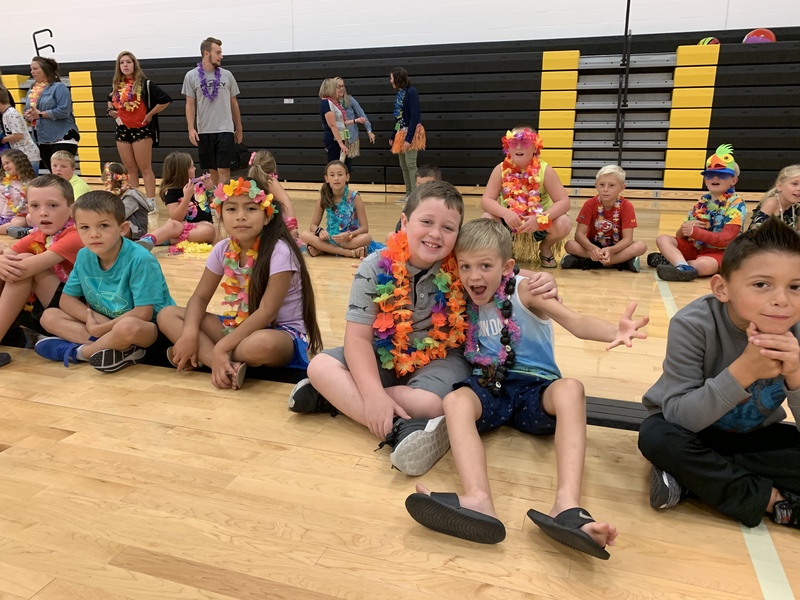 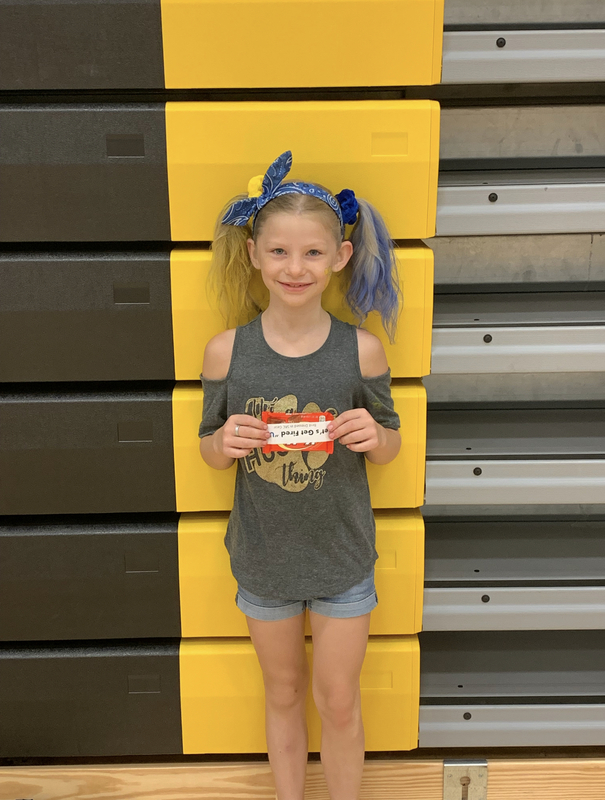 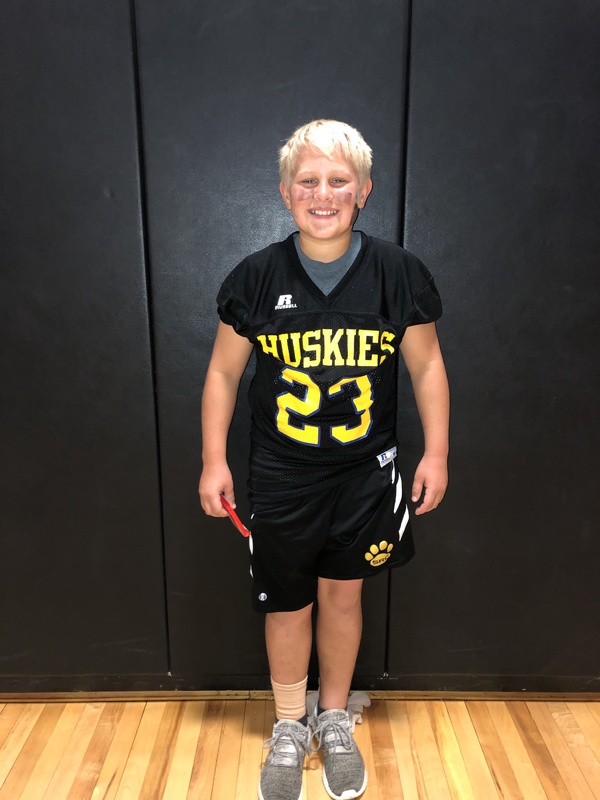 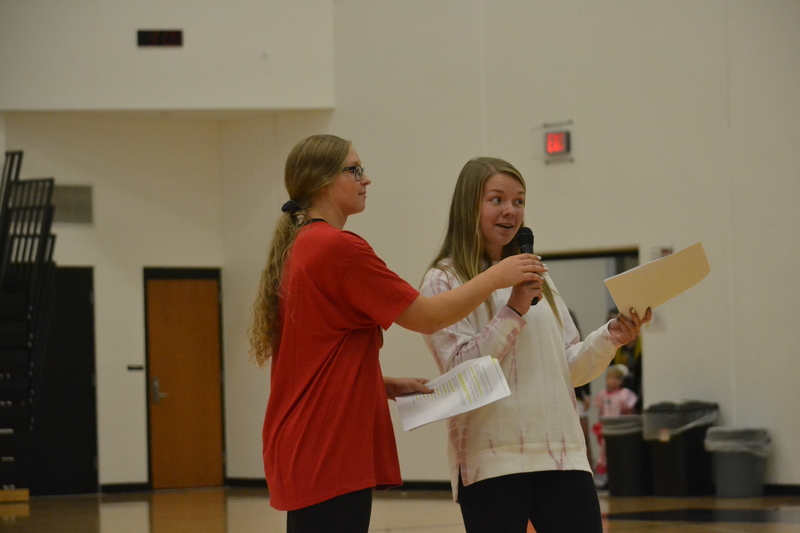 The band brought down the house with the school fight song.

The SRC Dance team danced to the school fight song and even performed a routine with a few special guest stars, senior football players. 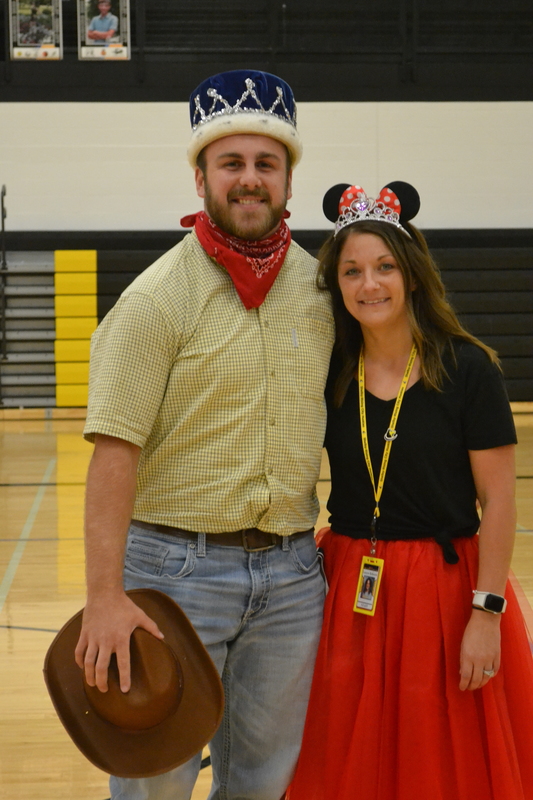 The SRC Faculty “had the time of their lives” performing a special dance for the audience.

The main event was the first ever Shelby Rising City Disney Princess Pageant. The twist to this pageant was that contestants were boys randomly selected from each grade level (K-12). Each one of these boys was assigned a different Disney princess role. Princesses were assigned a Glam Squad made up of 2 girls, who were also randomly selected from each grade level. The Glam Squad was in charge of making sure their assigned Disney princess looked her best for the pageant.

Judges were asked to score each of the 13 princesses in three categories: formal wear, talent, and interview. Judging was not an easy job as our princesses came prepared to win this pageant. Each princess dazzled the audience with her gorgeous gown and beautifully done hair. Then, they entertained all with a variety of talents from dancing to jokes to yo-yo tricks to human bowling to dunking a basketball and card tricks. Finally, each princess moved the audience with their response to an interview question.

When scores were tallied and the judges had time to discuss, it was decided that there was just one princess that stood out above the rest: Snow White - played by sophomore Grant Brigham - was crowned the first SRC Disney Princess Pageant winner. 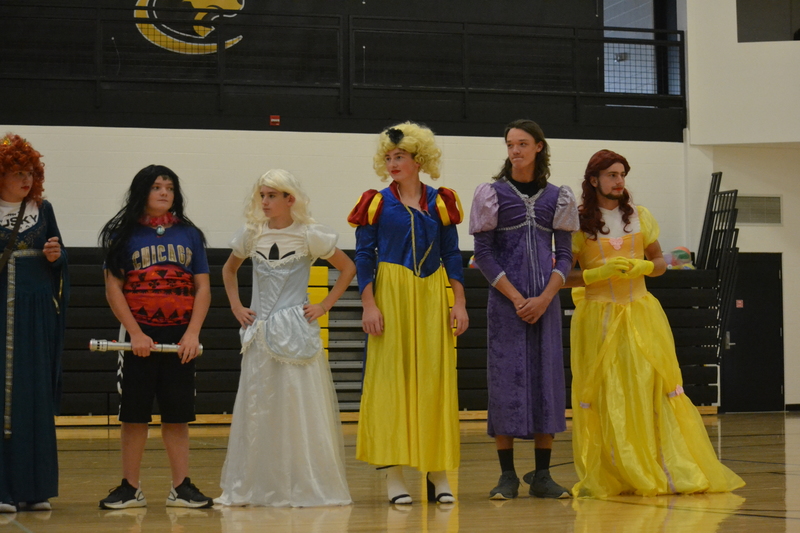 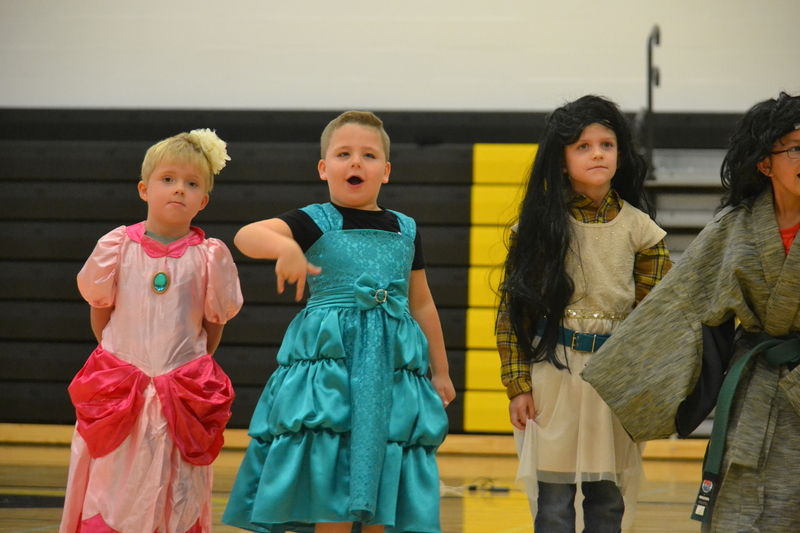 A special thank you to our contestants:

And another special thank you to our judges and glam squad members!

With Friday came parade preparations. Each class selected a Disney movie to create costumes and design float ideas based on. Students spent the morning creating, decorating, and building.

The annual parade started at 1:30pm and the usual line up proceeded down Walnut Street; the entire street was lined with people.  Businesses had even decorated their windows and doors to help celebrate another homecoming week and all of the success our students and athletes have had. It is always humbling to see the pride the communities and businesses of Shelby and Rising City have in our school district.

Homecoming just wouldn’t be the same without Friday Night Lights. The SRC Huskies took on the Superior Wildcats at 7pm at Husky Stadium.

At halftime of the game, the winning class themes and floats were announced. This year's winners are:

Kindergarten - Cars: We are Quicker than Quick, Faster than Fast, We are the Huskies! 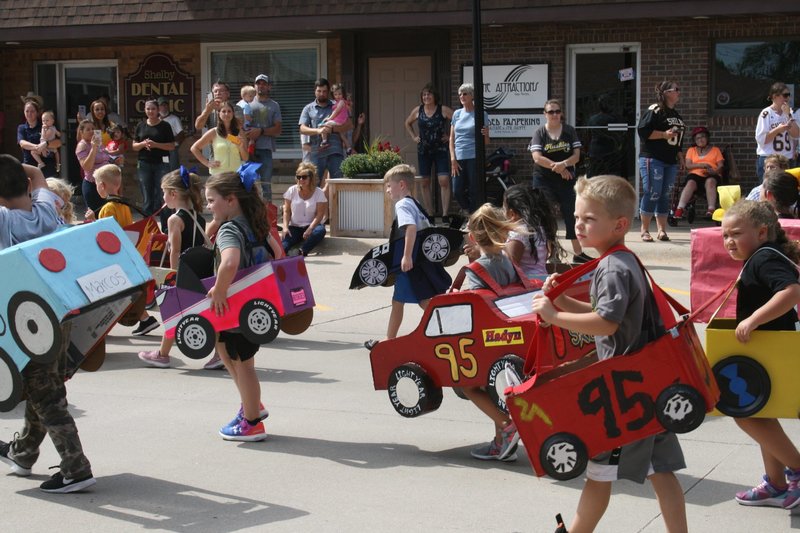 4th Grade - 101 Dalmatians: The Wildcats Will be Seeing Spots When the Huskies are Through with Them!

8th grade - Aladdin: We Will Show the Wildcats a Whole New World!

The Huskies beat the Wildcats with a final score of 33-10, moving to 4-0 on the season. Roll ‘Skies! 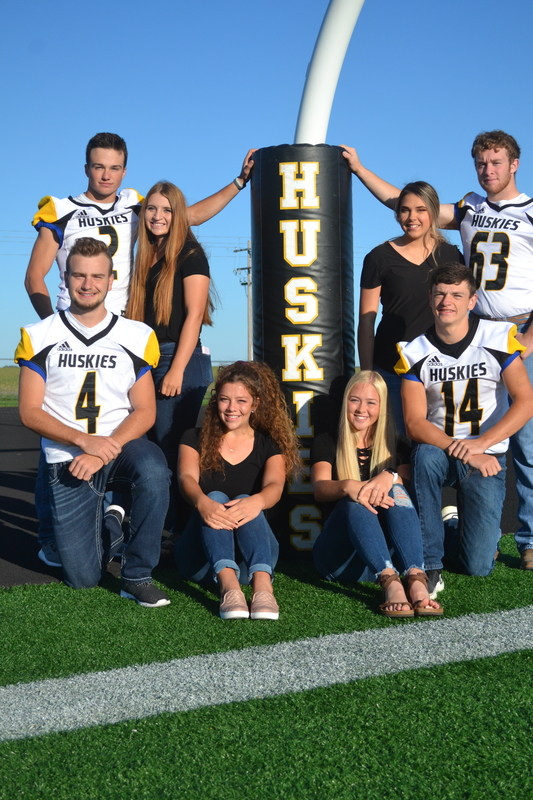 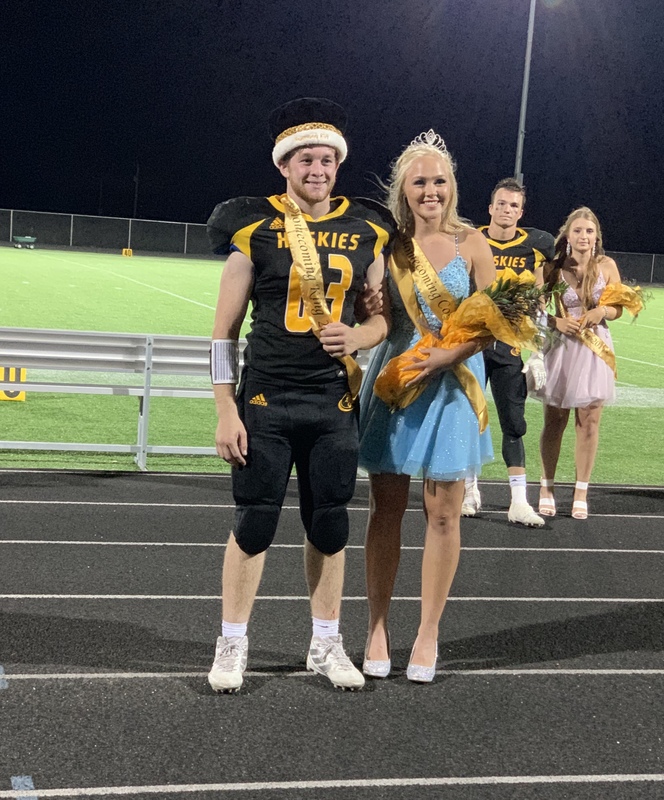 Friday night ended with the homecoming dance for grades 9-12.

Shelby Rising City really was transformed into the most magical place on Earth this past week. Thank you to everyone who helped make this week a success!